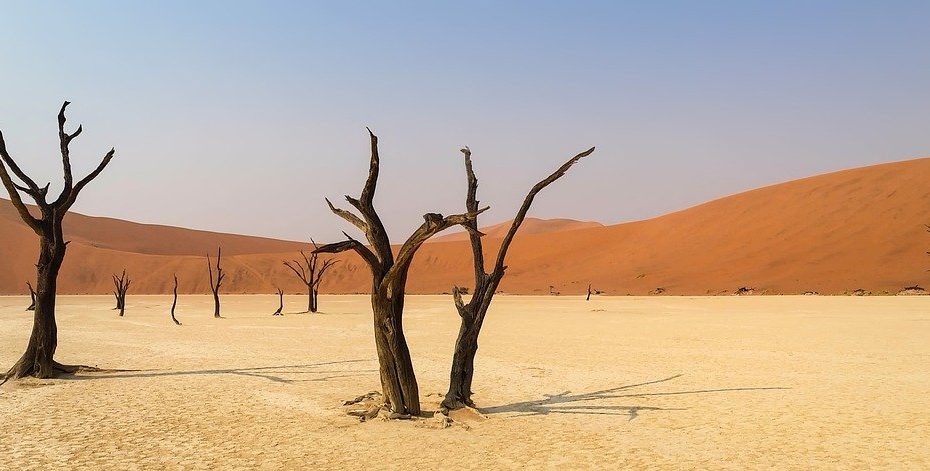 Last week, the first publication from the CONFER project was published in Geophysical research letters with the title “Drivers of subseasonal forecast errors of the East African short rains”. The paper aims to study the ability of a widely used forecasting system in the region (ECMWF), focusing on whether it is possible to predict model error already when the forecast is issued. This information could be used to correct forecasts, but also to improve the models in order to give more accurate forecasts to begin with.

The authors are CONFER’s PI, Erik Kolstad, Dave MacLeod from our sister project DOWN2EARTH, and Teferi Demissie from CONFER. To understand a bit more about the concept of forecast errors and why that is particularly important in the East African region, we have asked Erik to explain some of the main issues that are being raised in the paper:

What are the “short rains”?

In the East African region, rainfall is concentrated in specific periods of the year, the rainy seasons. One of these periods, also known as the “short rains”, typically occurs between October and December. However, the absence of the short rains at the predicted time, or if the rainfall is not as heavy as expected, can have catastrophic consequences. For example, if farmers sow their crops at the wrong time, they often can’t afford to buy new seeds.

How does the model work?

The ECMWF is a computer program which is used all over the world to deliver weather forecasts. In short, weather observations are fed into the model, and then it calculates the most likely weather developments for the coming days and months. In East Africa region, we know that the rainfall is connected to the sea surface temperature in the Indian Ocean. This is often opposite in the western and eastern part of the Indian Ocean. When it’s warm in the west, it’s often cool in the east, for example. We call this the Indian Ocean Dipole, or the IOD. If the IOD is “positive”, meaning that the water outside the African coast is warm while the other end of the ocean is cold, East Africa can expect a lot of rain. When the IOD is negative, however, there will be very little rain.

How can this research improve the models, and/or improve forecasts?

The results are useful for us in mainly two ways. In the long term, we can work to improve the model and adjust this exaggeration. And in the short term, before the models have been “fixed”, we can use this information to adjust the forecast that we provide instead. If the IOD is positive and the model says to expect very heavy rainfall, we can adjust and moderate our predictions before presenting the weather forecast.

Why is this research important for the CONFER project?

As mentioned, the information we get from studying the sea surface temperature can potentially do two things: allow us to correct forecasts and improve the model to give a more accurate forecast at the outset. Both of these have the potential to enhance the quality of East African precipitation forecasts. CONFER is working to improve climate services in East Africa in collaboration with ICPAC, and having access to the most accurate models possible means that ICPAC can provide better and more useful climate services to the users in the region. The models are important tools that are used to predict floods, droughts or even to prepare for a normal rainy season, and it is therefore crucial that we know their weaknesses and possibilities to be able to use them in the right way.

Scientifically, the East African region is of particular interest because the model is so strongly linked to the IOD. Accurate weather forecasts not only help farmers in the region, but also NGOs and the government to prepare for extreme events (and normal “non-events”). Based on the weather forecasts, they can provide more and better assistance beforehand. Thus, by knowing more about the model’s weaknesses and adjusting the forecast thereafter, CONFER can assist several mechanisms in the region.