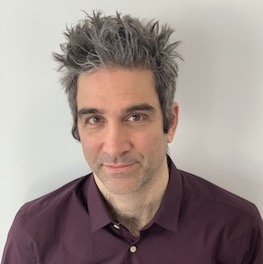 Stefan is a researcher at NORCE (Norwegian Research Centre), based in Bergen. He is the leader of work package 2 in CONFER, which focuses on climate modelling.

Tell me a bit about your role at NORCE

I arrived in Bergen in 2011 with family in tow, not quite knowing what to expect. Ten years later I can say I’ve found a vibrant intellectual home that allows researchers considerable freedom to explore and develop diverse research portfolios of their choosing. My background is in the dynamics of the large-scale circulation of the atmosphere and how phenomena associated with it are affected by natural and forced changes. Increasingly I am interested in how these changes play out at the local to regional scales at which human and natural systems actually experience weather and climate. This interest in impacts has led me to expand my time frames of interest to include climate prediction and its underlying mechanisms. In addition to CONFER, I participate in and lead a wide array of projects ranging from the environment’s role in the origins of early human  behaviour (https://www.uib.no/en/sapience) to coordinating the European domain for the CORDEX initiative (https://www.euro-cordex.net/).

Why are you excited about the CONFER project and what do you think it could achieve?

We have strong evidence that the climate system is more predictable than our models would have us believe. This is true for most land regions of the world and the Greater Horn of Africa is no exception. A key goal then in CONFER is to develop innovative approaches to find and take advantage of this “missing” predictability. In addition to advances in our scientific understanding of the driving processes of prediction on times scales of months to seasons, CONFER stands to also make a significant contribution to the impressive services developed by ICPAC and provided to the people of the Greater Horn of Africa region. Much of this work is undertaken as part of the co-production and training activities in CONFER. I especially enjoy, and look forward to contributing to, these, as any improvement in predictive skill is only useful to society if it is taken up and applied. The process of turning climate information into useful products is two-way, iterative and reflective; and deeply rewarding when successful.

What is your specific role in CONFER?

I lead the modelling work package in CONFER. The covers not only atmospheric modelling, but also extends to hybrid dynamical-statistical models, hydrological modelling and crop modelling. In all of these we are working closely with ICPAC scientists and key tasks are led by experts from KIT (hydrology) and LEEDS (crop modelling). As noted above, turning any improvements we make into useful and useable products is a key aim of COFNER. As such, I am also involved in the climate services and training aspects of the project.