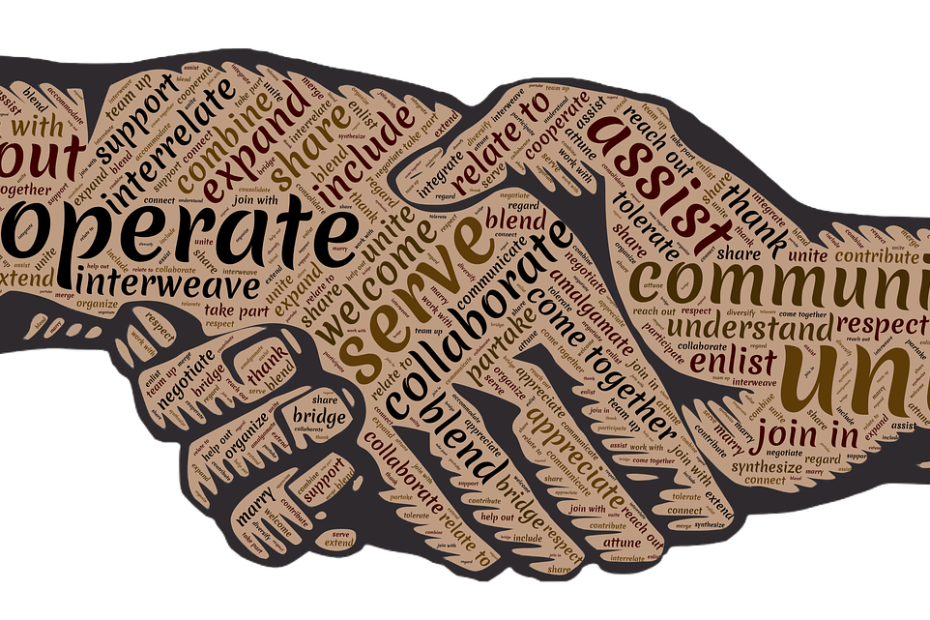 Co-production in Climate Services: What, Why, and How?

What does co-production mean? Just by looking at the word, one can probably tell that it has something to do with producing something as well as cooperating. But how does it work? What is being produced? By whom? And for whom? These are important questions to answer in any project, and this article will answer them for CONFER and discuss the notion of co-production. Why is it important, and how is it done in practice?

Why is co-production so important in climate services?

The first question may be answered quite simply: we produce climate services. Climate services can be a lot of things, and they definitely work in different ways. Although one might have a perfectly successful service for one place, the same climate service might be a complete failure in another region. Climate services also operate in many different sectors: food security/agriculture, disaster risk management, water, energy etc.

According to WMO, Climate services refer to the production, delivery and use of climate information in order to assist decision-making by individuals and organisations. (World Meteorological Organisation, 2018). In other words, there is room for creativity and innovation when creating a climate service, but the essence is the same: to get climate information out to people who need it, and to encourage people to use that information. To do so, the information needs to be accessible and understandable.

Working together with stakeholders to co-produce climate services is very valuable. The most important benefit is that co-production ensures that the effort will be sustainable, in the sense that the services that are produced will actually be used for a long time and by a wide range of people who need them. It ensures that climate services are fit for the purpose and adapted to the specific audience and context. That is a key component in producing successful climate services, and much easier to do when we produce them in close collaboration with local stakeholders.

Co-production creates opportunities for user feedback, which is another way to ensure a useful climate service for end-users. Being able to test the service along the way with the people that will actually end up using them is a big advantage of co-production. Not only does it help the producers of climate services, but it builds trust between users and providers of climate information, which in many cases can be an important factor in whether or not the service is used in the end. Furthermore, collaboration can potentially increase your “audience” so that you reach more users and thus get your “money’s worth” in a sense.

Producing a climate service is one thing, but maintaining and updating the service is another. In order for short-term projects like CONFER to make a difference, co-production is necessary to secure the future of the climate service through continuously updating and improving the service. If stakeholders are thoroughly familiar with the service, know how it works and can be maintained when the project is finished, they will be able to update it and adapt it to future needs.

Producing the climate services together makes it easier to see the bigger picture. Working in close collaboration with the stakeholders in the region enables all parties to see how the services impact socio-economic development, livelihood, security and ecosystems management – and in turn, see how they can be improved. It also creates a culture for sharing and learning from each other, and the GHACOF (Greater Horn of Africa Climate Outlook Forum) is a good example of an arena where this can be done.

As mentioned, co-production creates opportunities for user feedback to inform continuous improvement of climate products and climate services. It promotes efficient and effective communication, as the communication channels are chosen by all actors, based on accessibility, which ones the users already use etc. Arguably, co-production increases the likelihood that the services will be used for a long time, and that they will be updated and improved continuously.

Despite the benefits of co-production, there are naturally some challenges when creating climate services. Some of them have been listed in “A Guide for engagement in Co-producing climate services”, provided by ICPAC. Challenges mentioned by ICPAC include the correlation between the complexity of forecasts and meteorological jargon and understanding what the users need to make use of the climate information. You need to explain the forecast from the user’s perspective without losing important information along the way, and that can be a challenging task that requires continuous feedback from the users.

A somewhat related issue is the fact that climate products are created at a larger scale in isolation from their intended use (and users). Traditionally, the nature of climate science is that it is quite general and produced on a macro spatial scale. It is created for a large, general audience, without knowledge of how the forecast will affect a specific sector.

Another challenge with forecasting is that there can be huge differences between forecast, the understanding of it, and the actual observation of weather. This can easily lead to an unfortunate lack of trust from all kinds of users. Lack of trust, just like lack of understandable language and communication, can lead to the forecasts not being used, and the science gets more and more advanced but less and less useful.

Why is Co-production important for East Africa?

Traditionally, forecasters and National Meteorological Departments were based in airports in the region to give services to aviation. Forecasters did not need to focus on sharing and co-producing as they were exclusively producing forecasts for aviation and not for other sectors. Consequently, there is not much of a culture for co-producing climate services in the East African region.

Co-production of public climate services is a fairly “new” concept in the East African region, as it is in many parts of the world. While the private sector typically does a lot of customer research, having people specialised in customer care, there is less tradition of asking users whether the service you provide them with is actually useful. CONFER is supporting changing this, and having the private and public sectors work together can help with that.

Why is it Important for CONFER?

There are three main reasons why co-production is so important in a project like CONFER in East Africa. Firstly, there is a lot of traditional knowledge that has been used for ages, and if we want to reach people (users) in the area, we need to know something about what sort of tools and knowledge people in the region use, and we can learn a lot from that as well. For example, weather stations are not necessarily as widespread in East Africa, so to get access to good and accurate forecasts can be tricky. Even though farmers in the region know that their traditional knowledge no longer works as good because of climate change, they still use it to plan their harvest etc., because the alternative is to use nothing at all. If their crops fail, the result can be that their family goes hungry, and if that happens, it is better to have based the decision on traditional knowledge rather than nothing at all. Working together and co-producing can also help us understand who the users are and learn whether or not they will actually use these new services we develop, or if they depend on their traditional knowledge as well. This can also be incredibly educational for the CONFER team.

Secondly, there is an ethical argument to why we should focus on co-production. The people who will ultimately be affected by the information should have a say in it. It only seems right that people who will use the climate services, and the people who will continue using it after CONFER is finished should be involved in the process. This is related to the final reason why we should co-produce in CONFER: being a part of the production, people are more likely to use, update and keep developing the climate services continuously after the project has ended, because they know how it works and can claim ownership to it.

What is CONFER currently doing?

One of the most important entry points for co-production is the GHACOF. The week before, during the PreCOF, there is a separate event for co-production in which CONFER participates. The GHACOF process starts with developing a scientific seasonal forecast during the pre-COF training with scientists, meteorologists, and forecasters from the global centres, ICPAC and NMHSs.

CONFER is working in close relation with ICPAC, and we are quite happy that there is minimal top-down work, and most of the communication is bottom-up. This is an important part of creating sustainable climate services, in the sense that they will continue to be used, developed, and improved after the project has finished.

Another important part of our project is to map pre-existing services, knowledge and work that has been done, with much also still ongoing, within the region. Our aim is not to reinvent the wheel, but rather to find out what has worked and more importantly what has not worked so we avoid making the same mistakes. Importantly, we can also avoid duplicating existing knowledge and instead build upon the existing knowledge base, with existing regional, national and local stakeholders, to prevent complicating an already complex landscape. This process forms a key foundation that will inform the output of the CONFER project.

Finally, it is important not to forget the target end-users. Co-production must not only be between scientists and the providers of climate information, but the users also need to be included. CONFER is also looking at previous user needs assessments conducted in the region to get an overview of the weather forecast information needs across the sectors. Getting user feedback is important, not just throughout the project, but to be able to continue to ensure that the service will be useful. When we know our users and their needs, we can develop better and more accessible climate services to successfully disseminate the appropriate climate information to those who need it the most.