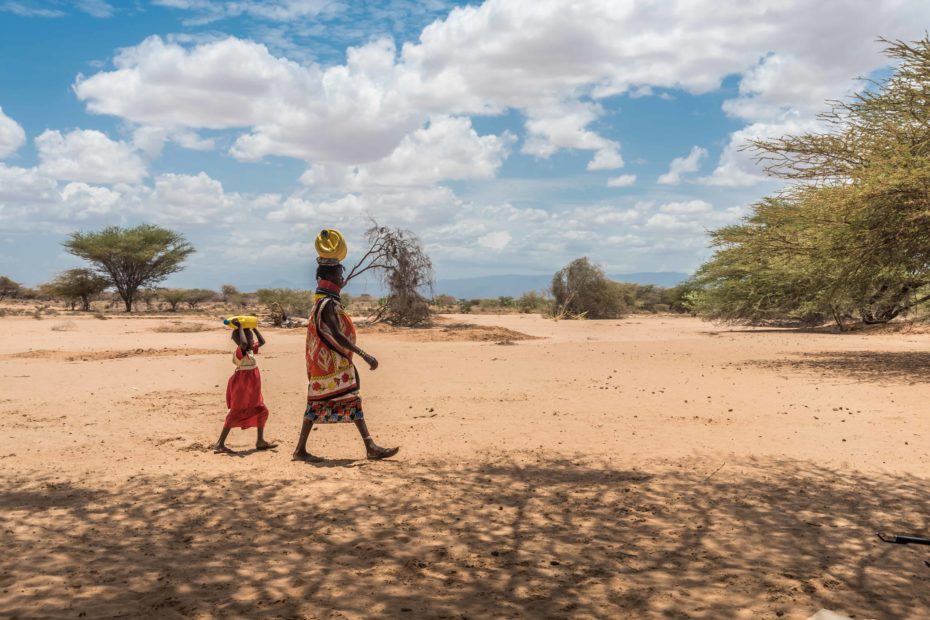 Climate Change is a global challenge that affects all people, regardless of ethnicity, gender, or geography. Even though it affects us all, it does not, however, affect us in the same way. Climate change does not care about gender, and although women and men are in theory just as likely to be affected by climate change, the impact of climate change is not the same. Women are increasingly more vulnerable to climate change due to economic, social, political, and cultural factors.

Women and men have different roles in many parts of the world, and women’s work is typically not visible in the country’s GDP. In Uganda for example, women account for a lot less of the human capital wealth compared to men (39% vs. 61%). Furthermore, many societies prevent women from owning land and having their own capital, and they are therefore financially dependent. In addition, women’s livelihoods are often disproportionately dependent on natural resources, and it is not uncommon that they have to work for free on the family farm.

– A lot of the responsibility on the African family falls on the woman. Among the semi-nomadic pastoralists of Northern Kenya, women are the ones responsible for building the houses for the family and the kraals for the animals whenever they settle down in a location. Women are also the ones responsible for the household chores, which includes finding food to cook even during the drought season, taking care of children and walking long distances to fetch water for household use, says Diana Njeru, project director at BBC Media Action Kenya.

Women are also limited when it comes to mobility. Socio-cultural norms and childcare prevent women from leaving their homes to seek refuge in the case of a climate-induced emergency. Thus, women’s disaster mortality is noticeably higher than men’s. 90% of the fatalities from Cyclone Gorky in Bangladesh were women, and of the fatalities from the 2004 Indian Ocean tsunami, four out of five were women.

Furthermore, women do not participate in decision making as much as men do, even though they are just as able to understand the importance of environmental sustainability and resource management. When women do not have access or control over environmental goods and services, they lose economic, political and social autonomy.

CONFER is working to co-produce sustainable climate services for East Africa. These will enhance the ability of people in the region to plan for and adapt to seasonal climate fluctuations. The most effective climate services are the ones tailored to users, and this is an important part of CONFER’s work. To do this, the providers need to know their users in all their diversity. They need to know their challenges, but the challenges of women and men are different. Consequently, if providers do not get to know the women and get their feedback, the services will not be suitable for women in the region, only men.

In Mali, for example, Advisory Programs for farmers have shown to be quite successful, but only for a relatively short percentage of men in certain areas. An evaluation of the programs has shown that women hardly ever engage with advisories to give feedback. Why? Firstly, women’s products are often seen as secondary to men’s. Also, as mentioned, women generally cannot own land, and thus have little opportunity to make independent decisions regarding rain-fed agriculture. The study also found that particularly in polygamous households, “gender-exclusive decision making” – meaning the man makes the decisions – is practised.

Roles and patterns of association are deeply embedded in the culture. Women, especially junior women (but also junior men), are systematically disadvantaged in agricultural communities in the region. Nevertheless, no one challenges this system, although they are aware that it disadvantages them, and they are unhappy about it. Women neglect their own farming because they have to wait for their husband to use the equipment, or they have to work in his field before they can do their own work. Climate services designed from a supply-side perspective (from the provider of the service) risk delivering information that nobody wants, needs, or can act on. Understanding the cultural norms of the users is crucial for making climate services that are useful.

– In some areas, we found that the men were guarding the water points to ensure that providing water for their animals is prioritized. Women were not allowed to fetch water there but were still expected to secure water for the household and provide food for their families. These women were therefore sometimes forced to walk longer distances to find water elsewhere or wait until nighttime when the men are sleeping to access the water pumps, which puts them at risk of sexual violence. This is one example of how donor-funded projects – such as setting up water points for community use – when not properly implemented can further disadvantage the very people it seeks to support, particularly women and the children they care for, says Njeru.

Accountability and implementation of projects in the region are also important factors. Holding people accountable for finishing the projects they start and focusing on the actual implementation and continuation of them. To do that, you need to get to know the culture and the norms in the communities where the projects are supposed to be implemented. Setting up water points that are eventually controlled by men who refuse women to fetch water does not benefit women. Focusing on ensuring that these services reach the people they are intended to reach, particularly women and children, is therefore extremely important.

One of the challenges that will increase with climate change is floods, which can destroy infrastructure, including Water, Sanitation and Hygiene (WASH) facilities. A health survey conducted by the Kenya National Bureau of Statistics in 2014 indicated that only 59 per cent of households in rural Kenya have access to improved water sources, and only 10 per cent have a place to wash their hands with soap.

A related issue arises with increasing drought, which is another impact of climate change that is expected to increase. Women have to walk longer distances to get water, which is often dirty. They dig holes about 2-3 metres deep with their hands where the rivers have dried up due to longer droughts and increase in temperatures in search of water.

Water shortage has a major impact on women’s health, not only in terms of menstrual hygiene management but because women and girls bear the biggest burden in terms of finding water for household use. Consequently, they face the economic and physical challenges that come from moving in search of clean water for their families.

Climate change also exacerbates issues related to Sexual and Reproductive Health and Rights (SRHR). Food insecurity, for example related to the drying of Lake Victoria in Kenya, makes women particularly vulnerable to transactional “fish for sex” relationships. This, in turn, increases the risk of HIV. Furthermore, the impact of drought on livestock and food production has an increasing effect on the incidence of Female Genital Mutilation (FGM) in Kenya, as younger girls are sent across the border to Ethiopia at an earlier age for cutting ceremonies and later returned to Kenya to be married in exchange for a dowry. A similar observation has been made in Malawi, with the drying of Lake Chilwa being associated with an increased number of early marriages, and in Ethiopia, as families attempt to reduce the number of mouths to feed.

Finally, maternal health is also affected by climate change. In many of these communities, women are expected to work until labour, and start working again as soon as possible. However, the work gets harder and harder with the impacts of climate change, and the strain on pregnant women makes miscarriages and stillbirths more common. Furthermore, pregnant women and their unborn babies are particularly vulnerable to malnutrition as a result of food shortage.

– The subject of one of our short films was a woman named Esther who was 8 months pregnant and had to walk 2 hours to get 20 litres of dirty water several times a day. After carrying out her household chores, Esther then has to walk 25 km to the clinic on an empty stomach for her prenatal checkups, says Njeru. And when we stopped filming to give her something to eat, she immediately gave it to her children, whose well being is always a mother’s priority.

See the video of Esther by BBC Media Action and read more about Njeru’s reflections behind the scenes.

Many of the people in the East African region do not have the luxury to think about net-zero by 2050 as the impact of climate change is affecting them today. It is already 2 degrees warmer in Northern Kenya, which means that water points are drying up faster, land is becoming less arable and these areas are quickly becoming inhabitable. Should we then be educating the most vulnerable communities about net-zero by 2050 if they will not live to see it? No, we need to focus on increasing their capacity to adapt to increased extreme weather events, especially among women. What can women do to adapt to increased temperatures and longer droughts? What drought-resistant crops can they grow and how can they recycle water for their kitchen gardens? How can we empower women to demand services from their governments? How can donor-funded projects ensure increased accountability from implementers of their projects to ensure that these projects are meeting the needs of the communities they set out to support?

– We should focus on helping rural women in areas like Northern Kenya to adapt to climate change so that they can be more resilient. Teach them how to set up kitchen gardens and grow their own food, as this can also provide them with a source of income if they sell some of their harvests in local markets. Empower women to demand services such as water from the government and speak out when donor-funded projects intended to support them are not doing so. There is no doubt that ensuring that women have access to food and water will mean that the family will have access to food and water as like anywhere else around the world, women will more often than not prioritize the well being of their children. Empower the woman and you empower the family, Njeru says.

Empowering women is especially beneficial for their daughters. Young girls are often pulled out of school because they have to help their mothers carry back as much water as possible, given that they are forced to walk longer distances because nearer water points have dried up due to longer drought and increased temperatures.

– We have spoken to women who walk from 6 up to 13 hours in search of water which means they will not be able to make several trips a day to those water points. This is one of the reasons why we need to focus on empowering women, in order to ensure that the next generation of girls is given the opportunity to go to school, Njeru points out.

Sustainability means investing in women and girls, empowering them to be more self-sufficient and helping them get the skills and knowledge they need to adapt to climate change.