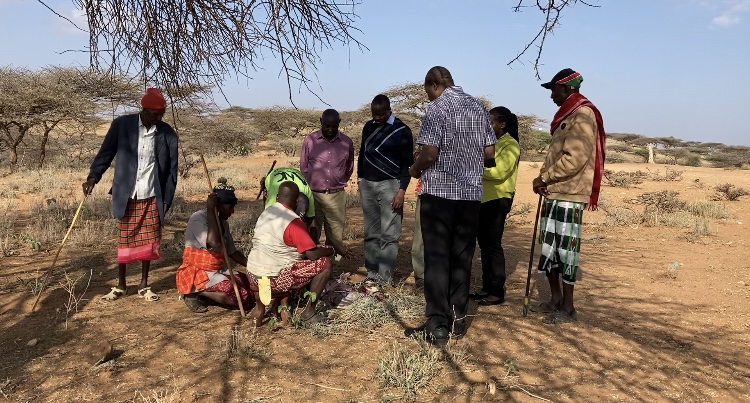 The Internet has significantly revolutionized many different fields. In almost everything we do; we rely heavily on the internet to plan our day-to-day activities. From making purchases online, watching, learning a new skill, and certainly checking weather forecasts.

But even before the advent of the modern means of communication and weather forecasting, societies globally were already using local and traditional knowledge to predict weather patterns for different seasons. The outcomes of the forecasts would then be used in making important decisions to enable communities to cope with extreme climate events as well as cushioning themselves against climate change.

Nevertheless, whilst the world has moved to modern computer models to plot weather patterns for particular regions, some communities in Africa still rely on indigenous knowledge to predict the future. This is true to the Borana and Samburu communities in Isiolo County, eastern Kenya, since they rely on the holdover from the past to predict weather seasons.

Just as meteorologists rely on weather sensors to predict a season, the traditional forecasters rely on various climate indicators such as observing of goat’s intestines, sleeping positions and general behavior of animals, casting of cowrie shells, tossing of shoes, spanning of rope and observing heavenly bodies such as the sun, moon, planets, and stars.

Furthermore, the forecasters not only predict weather patterns but claim that they can also predict impact of the weather events and other issues. In both Samburu and Borana communities, forecasters assert that they can foretell conflict and even deaths.

So how are outcomes communicated?

Once the evaluated forecasts have been agreed upon, they are disseminated through public gatherings. Only a handful of people in the two communities communicate via mobile phones and digital platforms such as WhatsApp despite Kenya’s mobile penetration. The rest rely on community radio stations and word of mouth by community leaders and fellow members of the society, especially for pastoralists.

What are the challenges?

Among the Borana community—predominantly Sunni Muslims—religion is a major hindrance to the acceptance of both scientific and traditional forecasts as they believe that only God knows what will happen tomorrow or in the future.

In the Samburu community, education poses a threat to the traditional forecasting practice as more kids are enrolling in school leaving the old technique to older people.

Language barrier is another challenge; The two communities are open to scientific forecasts, but interpretation remains a challenge as the forecasts are oftentimes issued in English and Kiswahili which can only be understood by only the literate. Thus, the information does not reach the people who actually need it.

Finally, there is the issue of funding. Existing community radio stations that would otherwise help to interpret the forecasts are grossly underfunded and charge a premium to broadcast weather programs/forecasts. Since radio is one of the main sources of information for many people in the area, this is an important tool for weather services to be successful.